The 5 Motivations That Drive People to Choose Entrepreneurship

The 5 Motivations That Drive People to Choose Entrepreneurship 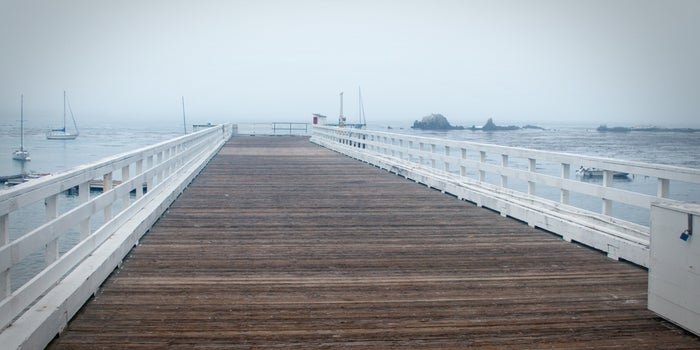 Opinions expressed by Entrepreneur contributors are their own.
Entrepreneurs take major financial risks, work long hours and practically torture themselves trying to stay afloat and build a business from the ground up. If you think about it, it’s a downright harrowing ordeal. Why would anybody want to go through with it?

It’s because, despite the hardships of the experience, there are nuggets of joy and satisfaction that can be derived from it and, at the end of the tunnel, if you’re committed enough, is a substantial reward. Those nuggets and rewards are different for everybody, but if you analyze it carefully, there are five main motivations that drive most entrepreneurs:

1. Money.
You can deny it all you want, but the vast majority of entrepreneurs get into the game at least partially because of the potential to make lots and lots of money. Stories about entrepreneurial geniuses like Richard Branson and Mark Zuckerberg make it seem possible for any enthusiastic citizen with a good idea to become an overnight billionaire. This isn’t exactly true, but any dedicated entrepreneur with a good idea and great timing can make a lot more money than they ever could in a traditional position. There’s nothing wrong with pursuing money, but if the allure of wealth is the only thing driving you, you risk becoming frustrated if you don’t turn a profit in the first few years.

Related: What Motivates Entrepreneurs to Do What They Do? (Infographic)

2. Flexibility.
Some entrepreneurs venture out on their own because they’re tired of the demands of traditional work. In a high-level position, the demands are exceptional — working long hours, catering to the whims of your bosses and clients, and being stuck in the same old rut of responsibilities. Being your own boss in the world of entrepreneurship frees you from those restraints. You can work your own hours, wherever you feel like working, and set your own goals and responsibilities. Just be aware that entrepreneurship is extremely demanding, especially in the early stages of growth, so working your own hours doesn’t always mean working fewer hours or working under less stress. In fact, many people find that they work harder, longer, and under tighter constraints as entrepreneurs than they did as workers — but it’s still rewarding.

3. Control.
The desire for control drives many entrepreneurs who aspire to attain a leadership position. When you’re the boss of your own organization, you’ll get to call all the shots, from who gets hired and at what salary to what new strategic directions your business heads down.

Workers tired of their previous companies’ poor performances, or those working under an inept CEO, might be especially motivated by this factor. Once rooted in a business, entrepreneurs have full control over every decision made under them. The flip side is, of course, the additional stress and pressure that go along with that responsibility. You’ll get the privilege of setting the course for your business, but if that course fails, you’ll have only yourself to blame.

Related: How Successful People Stay Productive and In Control

4. Teamwork.
Some people love working with others. They like the atmosphere of team-based creative problem solving, the interactions between mutually respectful, intelligent people, and the thrill of succeeding together. Some jobs offer direct supervisory or leadership roles, but there’s nothing like building your own team from scratch.

\As an independent entrepreneur, you’ll choose your strategic partners, your mentors, your core team and even your first round of subsequent employee hires. That means you’ll get to pick the skill sets, talents and personalities you want to work with, and you’ll never have to worry about working on a team that you don’t like or can’t be productive with. In some ways, your company’s team will be like your family. Just remember that no family lives without occasional disagreements.

5. Legacy.
Some entrepreneurs aren’t in it for the money or the experience as much as they’re in it for a lasting legacy. They might want to become the face of a brand and earn a taste of fame along the way. They might want to leave behind something that appreciates them. They might even want to pass the business on to a future generation. The point is, they want to create something meaningful that’s going to outlast them. This motivation is one of the strongest for entrepreneurs, because it can’t be achieved in any other application, and it lasts a lot longer than money or experience.

Which of these motivations drives you the most? Hopefully, you’re motivated by more than one of them—the more driven you are, the less intimidated you’re going to be when the inevitable challenges pop up along your journey. Before you dive into the world of entrepreneurship, think carefully about what it is, exactly, that you want out of the experience. Understand your own motivations before you get involved; you’ll find yourself more satisfied in the long run.